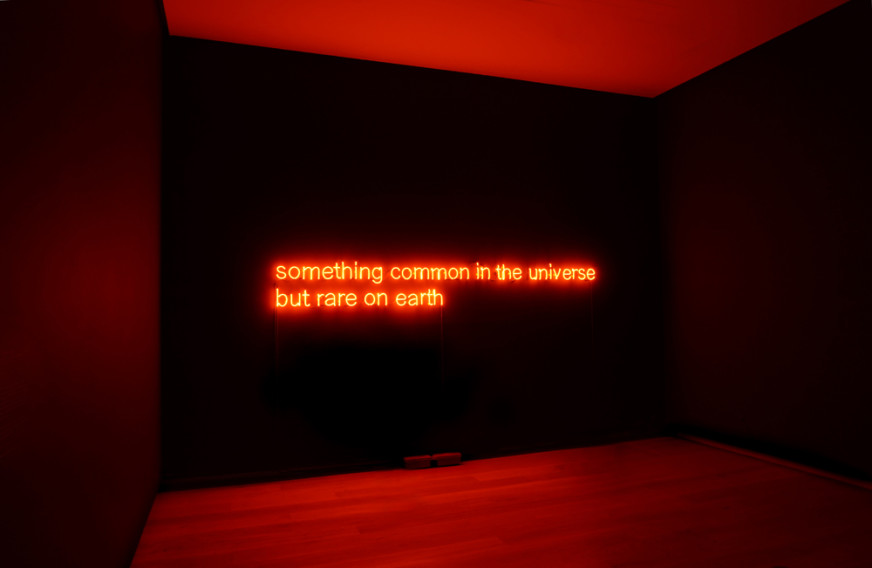 * For Now, Tim Etchells, solo exhibition.
Plymouth Arts Centre, September 25 2015 – January 3 2016.
The exhibition comprises new audio and drawing works alongside neon text sculptures, and includes a brand new sound piece Stand Off, an experiment with repetition and layering that places visitors at the centre of a dynamic and bewildering confrontation of voices.

* Periodic Tales: The Art of the Elements, group exhibition.
3 October – 13 December, Compton Verney, Warwickshire.
The show features Etchells’ new neon Something Common and explores the links between artistic practice and the scientific and cultural properties of the core elements.

* And For The Rest poster project in Basel.
19 October for several weeks.
The posters feature fragments of text about social, poetic and political change gathered during interviews with people in Basel who do not have the right to vote. Talk from Tim about the project on Thursday 27th Oct.