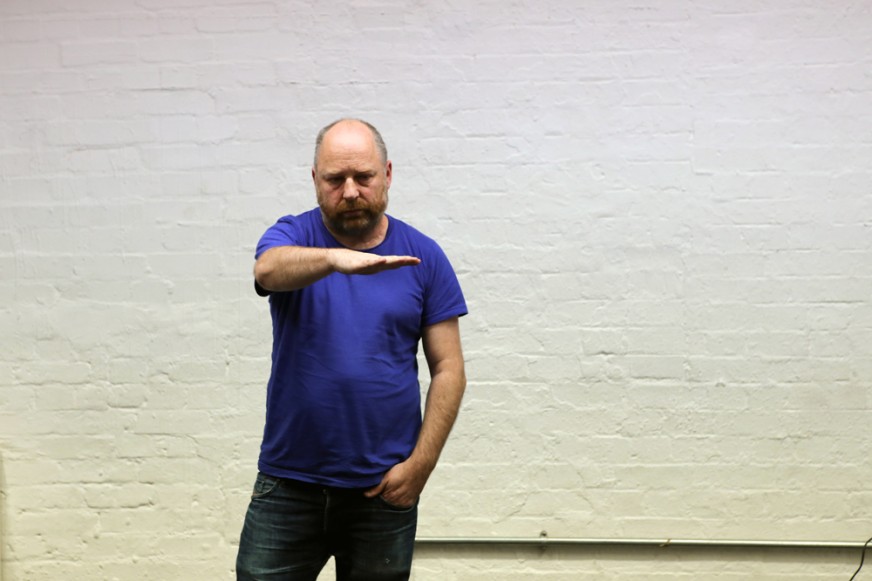 A few recent texts about my work – a review from Andrew Haydon, who wrote about the one-off performance I did at LADA in response to Tehching Hsieh’s film Outdoors, documenting his One Year Performance 1981-1982. Andrew also wrote a really great text about the durational improvised piece I did with Aisha Orazbayeva earlier this year called Seeping Through. Aisha and I are again presenting our collaboration at 7pm November 10 2015 at Old Cholmeley Boys Club, Dalston. For completists (if there are any), I’m linking here to an earlier text by Weronika Trojanska writing on my solo performance A Broadcast / Looping Pieces in Metropolism, after it was presented at Stedelijk last year. The solo is the ground from which my work on Tehching’s film, and the collaboration with Aisha have sprung. You can see it in London soon too, at Battersea Arts Centre, November 7 & 14.

There’s also this great text by Dominika Mackiewicz in This is Tomorrow about the neon work Will Be which was recently installed at Moseley Road Baths, Birmingham as part of Fierce Festival.

Finally for the moment, two texts about Plymouth Art Weekender, which feature reviews of my solo show For Now at Plymouth Arts Centre , which opened 23 September 2015 and runs until 3 January 2016. There’s Pippa Koszerek writing at A-N and also Andy Cluer writing about the show on a blog at Plymouth College of Art.