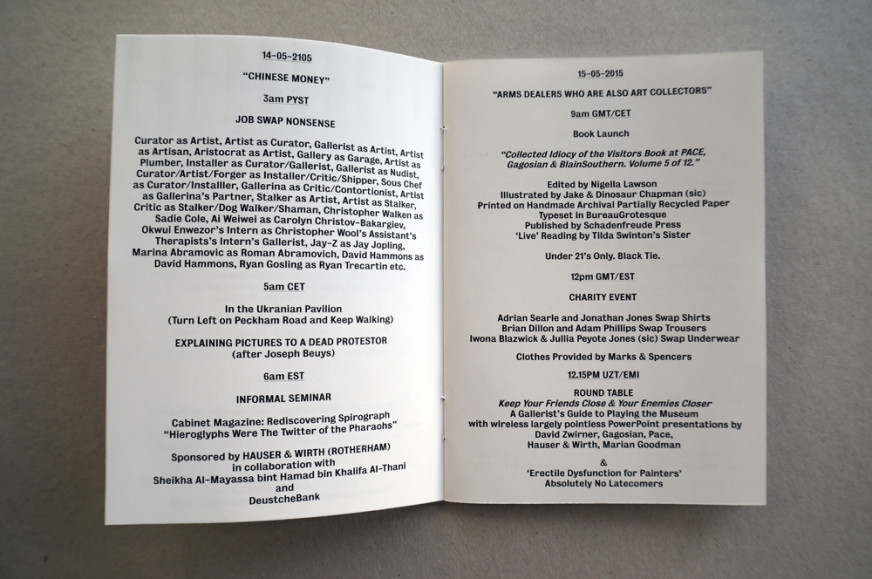 Since 2008, Etchells has self-published a series of chapbooks, usually created in the context of particular exhibitions or events. The earliest of these were Events Booklets (2008-2009), precursors to the later Vacuum Days project in which real-world political, social and economic events are rewritten as cruel and hyperbolic playbill-like announcements. That series continues (most recently with 2015’s Unparalleled Programme produced for the exhibition In An Absolut World True Taste Comes Naturally at Camberwell Space, London) whilst Etchells has also produced a couple of other more or less unrelated chapbooks – The Secret of Great Comedy (2014) (a chapbook which explains the secret of great comedy, self-published in an unlimited edition for Forest Fringe, Edinburgh) and The Chapter (2015) (a text in the form of a long list of names and nicknames, purporting to be those of the members of an outlaw motorcycle gang).