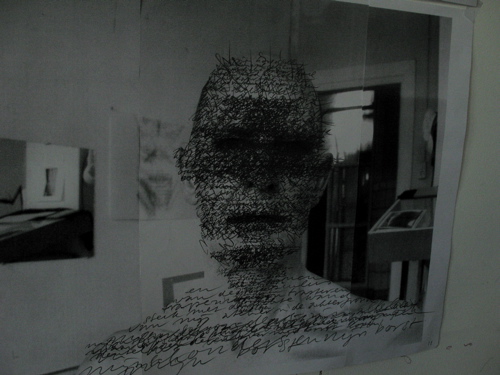 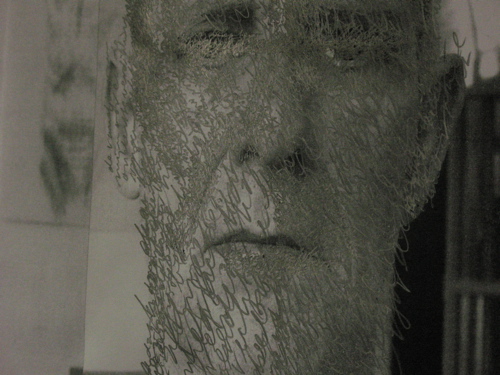 Last year, I met the Dutch artist Toine Horvers whose task-based conceptual projects often involve text; especially as live, spoken or otherwise notated descriptions of people, landscapes or light. In some works these texts are present as performance or as recordings of one kind or another. In others they become elements of more involved assemblies – portraits or photocollaborations, layered sound works and installations. I was pretty fascinated with the projects he described to me at our first meeting – including one piece based on timed descriptions of the people in his subway carriage – annotations made on daily journeys between Brooklyn and Manhattan for a certain period time, each one a record of the arrival, actions and eventual departure of people boarding his train. I also liked the sound of his 360-degree ‘landscape pictures’ in which he’d turn round slowly in particular locations, describing everything he could see. This text, recorded and learnt as monologue, could then be ‘replayed’ in any other location, a performance effectively overlaying one place with the description of another. There’s lots of material about Toine’s work at his website.

Come Saturday I’m sitting for a portrait by Toine, made as a kind of collaboration between him, myself and photographer Tamar de Kemp. Toine’s making the piece for the foyer of Rotterdamse Shouwburg. Some samples below of his tests for the project (using an image of himself). If I manage to survive the minor trauma of sitting in front of a mirror and describing my own face for half an hour (to create text for Toine to use in the work) I’ll post the results here at some later point.

Writing notes to my friend A. who is translating some of the Endland Stories into German for publication.

“the hard thing to get over is just how deliberately bad, old, slang, fucked up and awkward the language is at all times….  Like the narrator always chooses either to be unnecessarily convoluted or unnecessarily blunt and direct, with very little in between.”

Vlatka updated her website with new stuff in the .pdfs about her recent work.