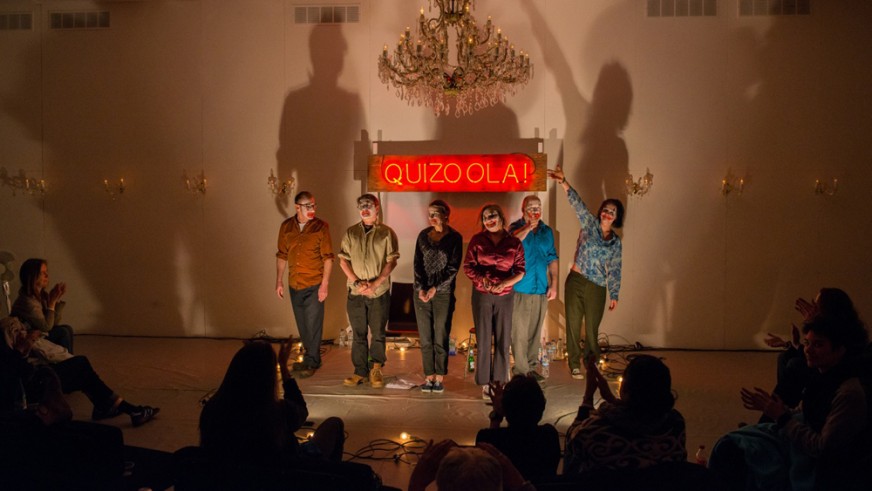 This prestigious prize honours extraordinary contributions to art and culture and is awarded to an individual or organisation that has brought new artistic dimensions to the world of theatre. It is given every two years by the Norwegian government on Henrik Ibsen’s birthday. As the first ever group to win the prize, Forced Entertainment are honoured to join a distinguished list of previous winners including Peter Handke, Heiner Goebbels, Ariane Mnouchkine, Jon Fosse and Peter Brook. The award ceremony will take place during the International Ibsen Festival in September, at the National Theatre in Oslo, where Forced Entertainment will showcase a range of its work, alongside a symposium and a masterclass with Tim Etchells.