Reviews all over everywhere tag Lukas Moodysson‘s fifth feature Container (2006) as boring, irritating, pretentious, disappointing – especially those writers that bitterly regret his shift from character and narrative to more troubled and abstracted art-house territory. I liked the earlier films – Together is great – but for my money Container is more interesting. It’s rather brilliant in fact – an uncompromising piece of hard work, hard to take, hard to watch, audacious, single-minded. I was more or less holding my breath for 77 minutes. Afterwards I couldn’t think of a single word to say. 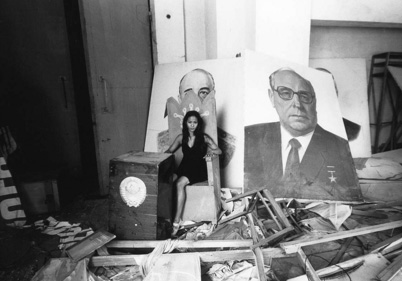 Moodysson’s extraordinary monologue for actress Jena Malone feels like some kind of post-internet Samuel Beckett crossed with Kathy Acker and runs through the entirety of the movie, almost without pause. Malone’s performance is the heart of the film, whispering, rambling and fighting itself, over an image track that is shot in black and white and which borders on the incomprehensible. Below there’s a short clip from the text. Does anyone know where I can get the whole of it? I’d really love to see it on the page.

“My particular interests are:
celebrities,
the second world war,
collecting different things,
different methods of torture,
different dead porn stars,
like for example Savannah, God, Jesus, Mary,
as well as various catastrophes like for example nuclear disasters,
like for example the nuclear disaster at Chernobyl,
I can see it all before me inside my head there is like
a box labelled catastrophes,
and inside that box there is another
labelled nuclear disasters,
and inside that box there is a third
labelled Chernobyl
then I take a carton of yogurt
and the yogurt symbolize all of my life force,
then I pour all the yogurt, I mean, my life force
into the box labelled Chernobyl
because I’m going to cool the reactor with the yogurt
and everything turns white
because I am a superhero who helps mankind”

Here’s Moodysson talking about the film:

“The strongest memory I have of the shoot is something that isn’t even in the film. (Every film is full of things that aren’t visible, but that lie behind.) A Gypsy family that lived on a rubbish dump outside Cluj in Romania. The rubbish dump was situated like a stinking cancerous tumour in the middle of an exquisitely beautiful valley. There was a clear line between the rubbish and the beautiful natural environment. The father of the family told me that they’d once built a house (no, not a house – a hovel made of old cardboard) some metres from the rubbish dump on the green grass. Then the police came and tore their house down. They weren’t allowed to leave the rubbish dump.

People with autism have a different perception and cognition than those who are “normal”, but who is “normal” really? A different perception can mean: difficulty in sifting and working out their impressions through sight, sound, smell, taste and touch. A different cognition can mean: focusing on details, difficulty in differentiating relevant and irrelevant information, not knowing where to start, difficulty with the concept ”to be finished with something”. Container is an autistic film. I can’t sift it. Everything rushes straight at me.”