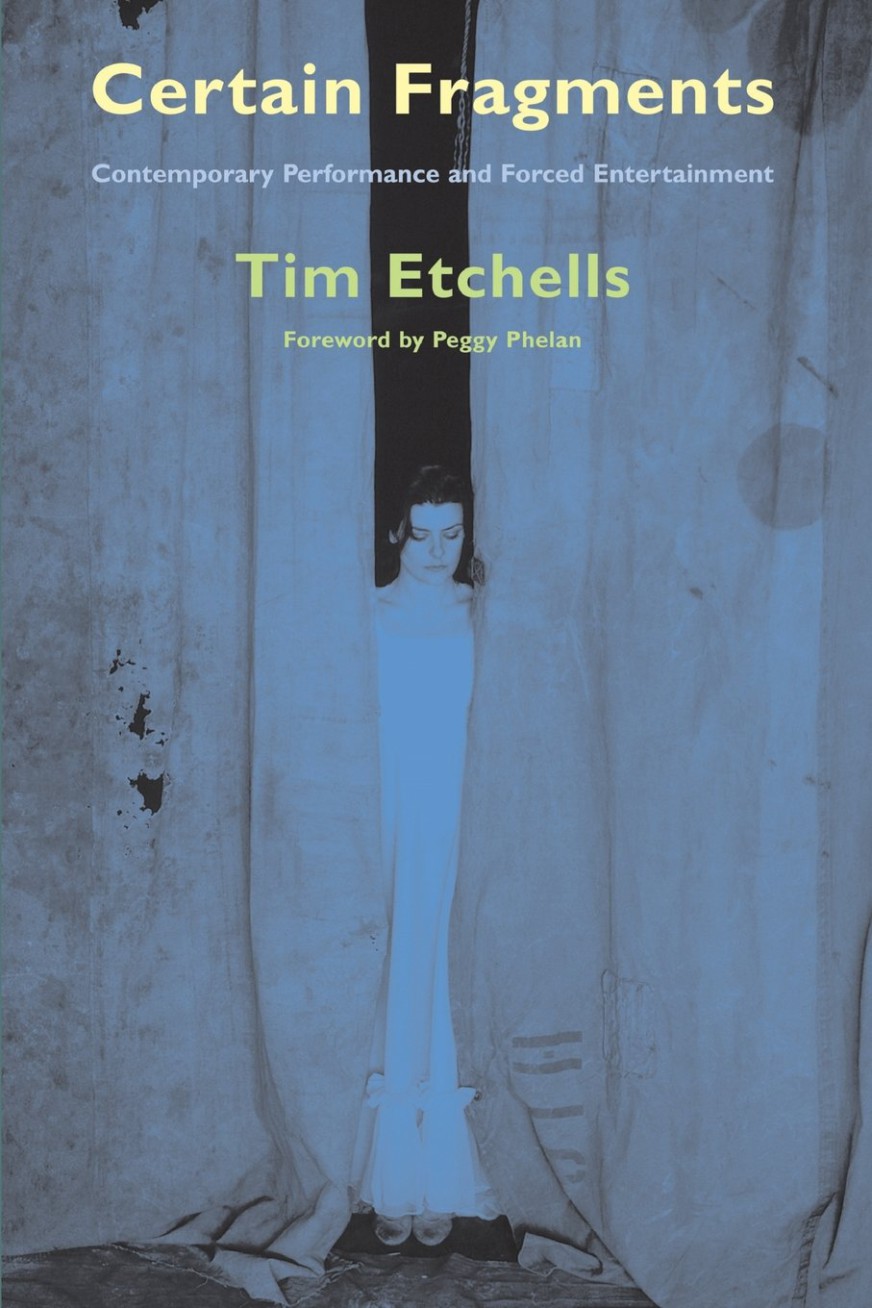 Buy this book at Amazon.co.uk or Amazon.com. You can also order from the Forced Entertainment online shop.

“Will was swinging his chair repeatedly onto the floor and smashing it and shards of wood and metal were splintering everywhere and people really near him were just staring and clapping and laughing. There was a weird and inexplicable feeling that everyone in the room that night was indestructible. Perhaps that was the kind of performance we really dreamed of. Something beyond.”

Certain Fragments… is a collection of essays and other material that mixes intimate anecdote, performance texts, essays and critical analysis, charting the development of Forced Entertainment’s work between the period 1984 and 1998. In addition, the work addresses the broader approaches to the processes of devising performance, the role of writing in interdisciplinary theatre and the influence of the city on contemporary art practice.

The book is introduced by Peggy Phelan and illustrated with photographs by the company’s regular collaborator Hugo Glendinning. It also includes four performance texts for Forced Entertainment that range from the brutal poetry of (Let the Water Run its Course) to the Sea that Made the Promise (1986) through Emanuelle Enchanted (1992) and Club of No Regrets (1993), to the confessions marathon Speak Bitterness (1994).

“it jettisons linear argument for a fragmented meditation on the company’s work, its relation to other groups and artists, and on the performer’s relation to technology and death.”
NEW THEATRE QUARTERLY