A selection of the Empty Stages photographs I've been doing with Hugo Glendinning since 2003 are part of a group show during the spectacular Printemps de Septembre— à Toulouse. You can find the Empty Stages at Musée les Abattoirs, 76, allée, Charles-de-Fitte, 31300 Toulouse. 24 September – 17 October 2010. Opening times Monday to Friday, from 12 noon to 7 pm – Saturdays and Sundays from 11 am to 7 pm. Nocturnes: Friday 24 and Saturday 25 September, Friday 1 and Saturday 2 October, to 12.30 am.

In the same show my solo sound work Brief Reminder plays with the form and expectations of the kind of PA system announcements often heard in public spaces. I'm also a small part of very nice mini-exhibition of instructions-related artworks, curated by Charles Aubin and titled Walk Like An Egyptian.

Here’s more information about all of these, plus the many diverse aspects of Printemps de Septembre— à Toulouse.

Over the Table is a 5-day long collaborative project by Tim Etchells and Vlatka Horvat. Following their previous collaborations – the hour-long improvised videos Insults & Praises (2003) and Threats & Promises (2008), as well as the 5-week long 'faxing performance' To Bring Down a House (2006/2008) – Over the Table is conceived as a continuous process of call and response between the two artists. Conducted in a gallery space which they occupy together for the duration of the piece, Over the Table takes the form of a series of playful and competitive exchanges which unfold within a set of pre-arranged performative frames. Visitors may arrive, depart, and return at any point during gallery opening hours and will always encounter the artists engaged in one or another of their collaborative activities and tasks. The space of the gallery itself will change from day to day, as evidence of the artists' diverse activities gradually fills the space, accumulating alongside whatever is currently happening.

My solo show Fog Game, at Künstlerhaus Bremen continues until 21 November, City Changes is part of LONELY AT THE TOP: Modern Dialect at M HKA (Antwerp) until 14 November, my Drama Queens collaboration with Elmgreen and Dragset is at LOOK – Container Cinema – 1061 Budapest, Andrássy út until 26 September. The Quiet Volume my 'autoteatro for two people in a library' collaboration with Ant Hampton is part of Ciudades Paralelas, festival of portable theatre curated by Stefan Kaegi and Lola Arias at HAU, Berlin until tomorrow. 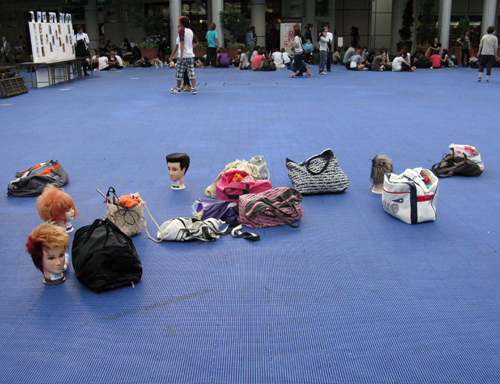 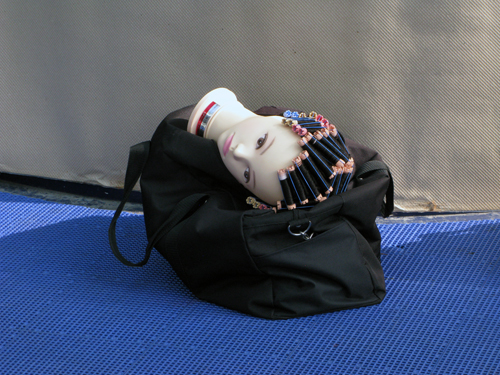 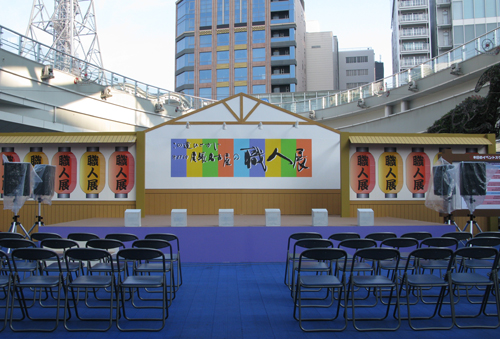 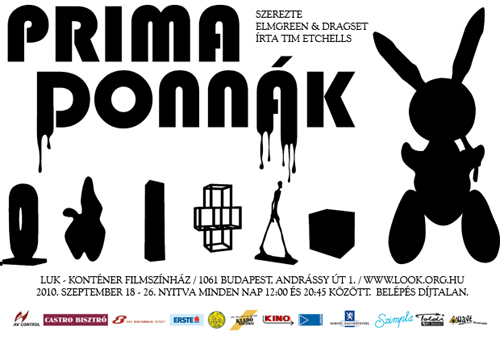 Subtitled: Contemporary artists look at the work of Renaat Braem, the show is curated by Win Van den Abbeele. The description goes like this:

"Looking back at an oeuvre that united architecture, commitment, politics and reflection as an art form. August 2010 marks the centenary of the birth of one of Belgium’s best-known architects, Renaat Braem, and this is being celebrated in ‘Renaat Braem 1910-2010’. Part of it is an exhibition called Modern Dialect that will be held at three venues: the top floors of the M HKA (LATT), CC Nova in Hoboken and on the Braem site itself. It brings Braem’s modernist formal idiom face to face with work by contemporary artists. Their sculptures and installations expose a number of paradoxes and create a multifaceted view of modernism and the social utopia of that movement, which still has an influence on international architecture today."

My collaboration with Ant Hampton – The Quiet Volume – best described as 'autoteatro for two people in a library', premieres in Berlin in English and German as part of Ciudades Paralelas, a festival of portable theatre curated by Stefan Kaegi and Lola Arias at HAU. The piece is in Berlin September 16 – 25 and already has presentations lined up for Buenos Aeries, Gent and Zurich.  We have some extraordinary libraries lined up as locations. It's been a long process… and one I really ought to have written about. Despite my relative silence the results are exciting though – we've been doing the final recordings in the last week or so.

"The Quiet Volume is a whispered, self-generated and 'automatic' performance for two at a time (in line with Hampton's other Autoteatro work), exploiting the particular tension common to any library worldwide; a combination of silence and concentration within which different peoples' experiences of reading unfold. Two audience members / participants sit side-by-side. Taking cues from words both written and whispered they find themselves burrowing an unlikely path through a pile of books. The piece exposes the strange magic at the heart of the reading experience, allowing aspects of it we think of as deeply internal to lean out into the surrounding space, and to leak from one reader's sphere into another's."

A couple of small press/blog things.

The show The Moon Is An Arrant Thief at David Roberts Art Foundation, which featured one of my 2008 neons.

Frieze, on Unrealised Potential at Cornerhouse, a show for which I made a small-but-scurrilous contribution.

Regular readers will remember the various mischievous booklets of imaginary events I’ve produced for particular contexts over the last year or so. The latest of these, titled Cold Water Fun, forms part of A River Enquiry, a series of new artists’ commissions by home live art in collaboration with The Mayor’s Thames Festival. A River Enquiry runs next weekend 11-12th September 2010 at London City Bridge Pier, Potters Fields Park & HMS Belfast. You can pick up a copy of the Cold Water Fun booklet for free at the Festival Programme Points, stalls in the Blue Ribbon Village, in local cafes, shops and on benches in the area. If you’d like to request a booklet you can send an SAE to home live art, 1a Flodden Rd, London, SE5 9LL.

‘One of these days’ I’m going to organise a downloadable print-it-yourself .pdf of all these booklets… but I have the feeling that it may be some time before I get round to it. 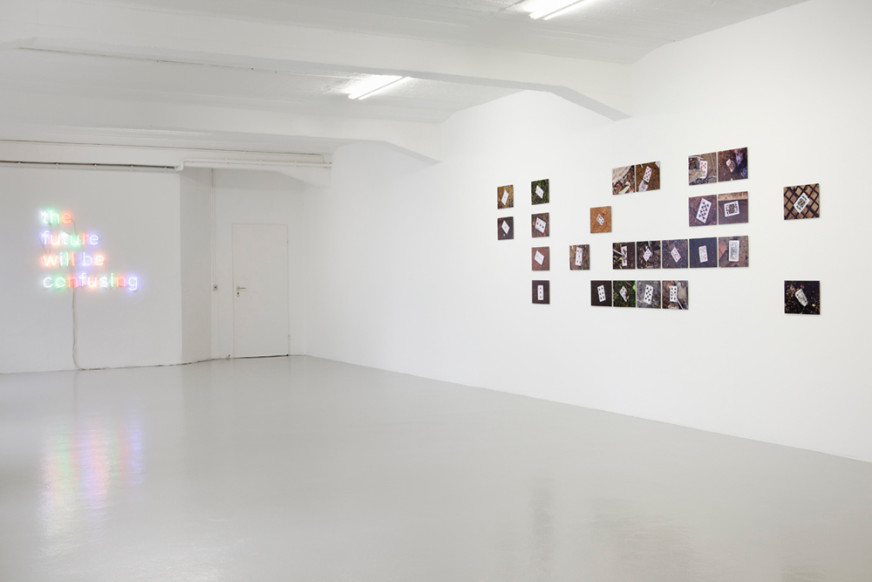 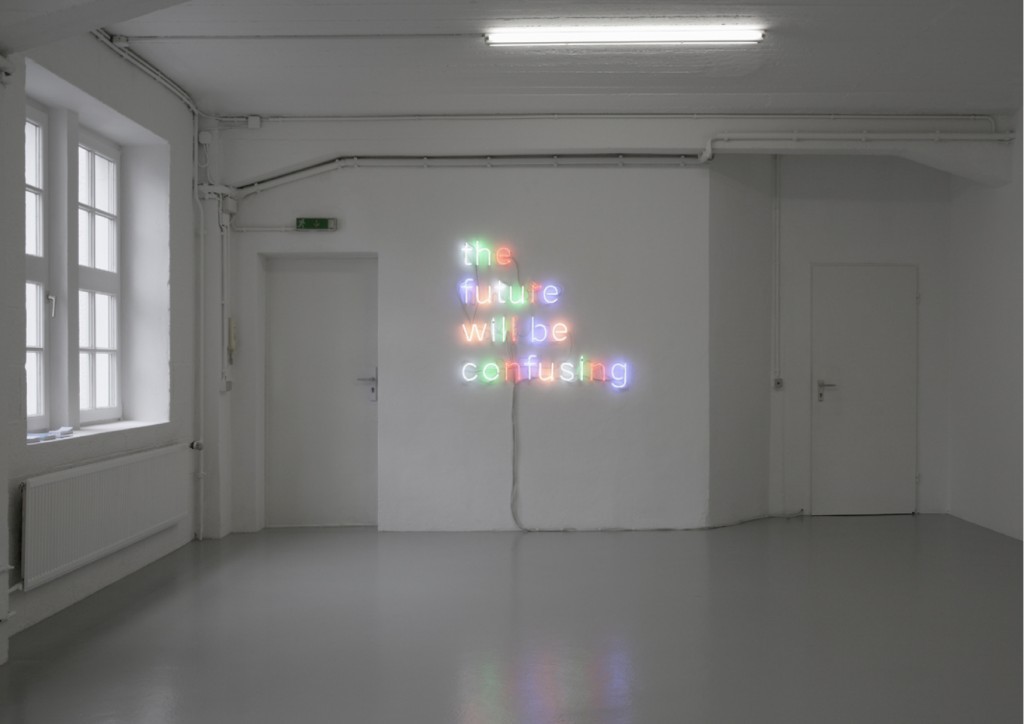 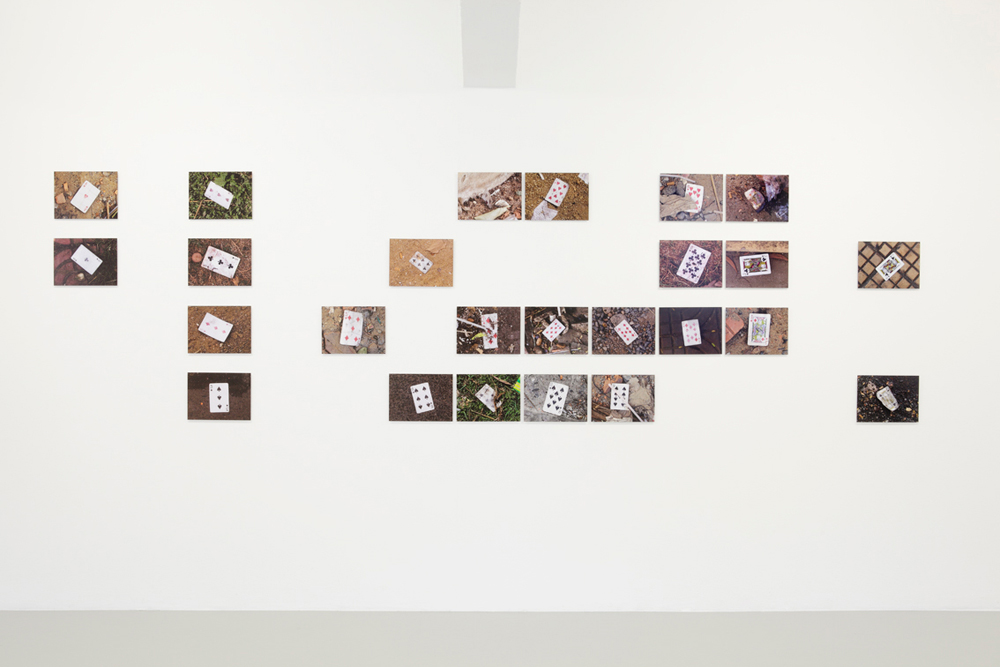 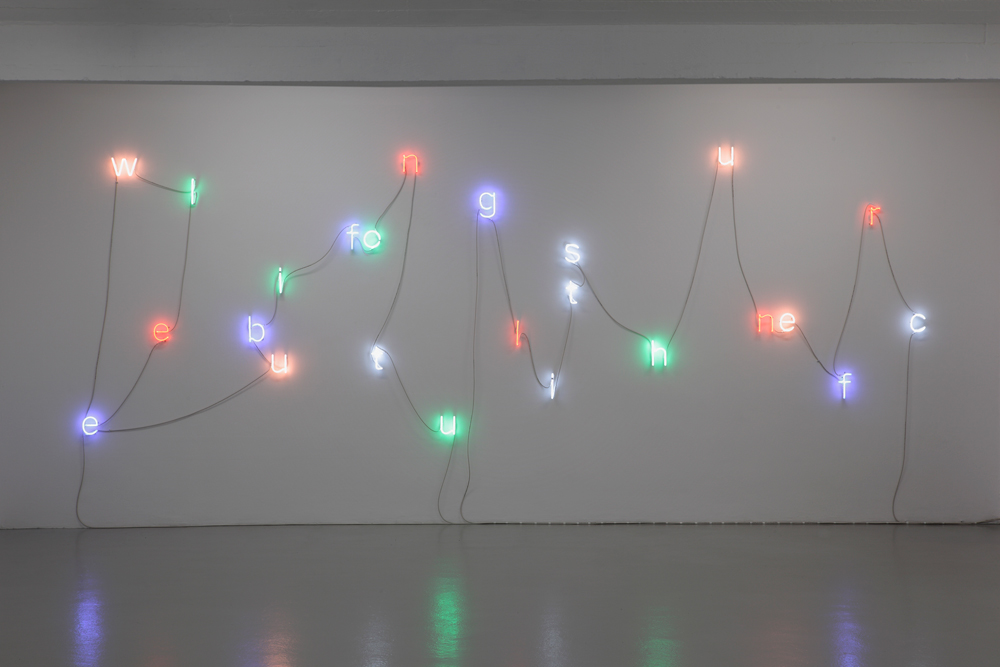