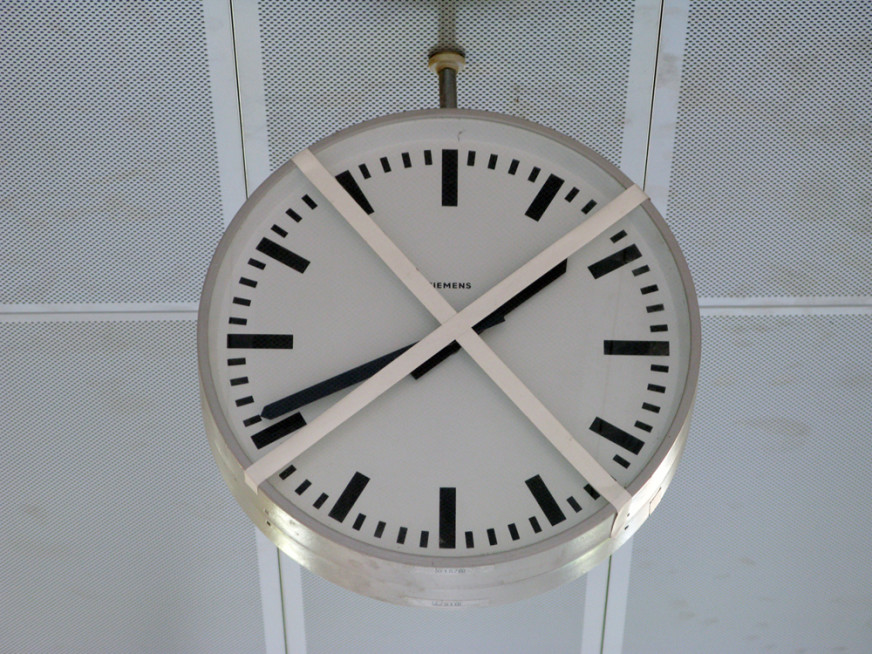 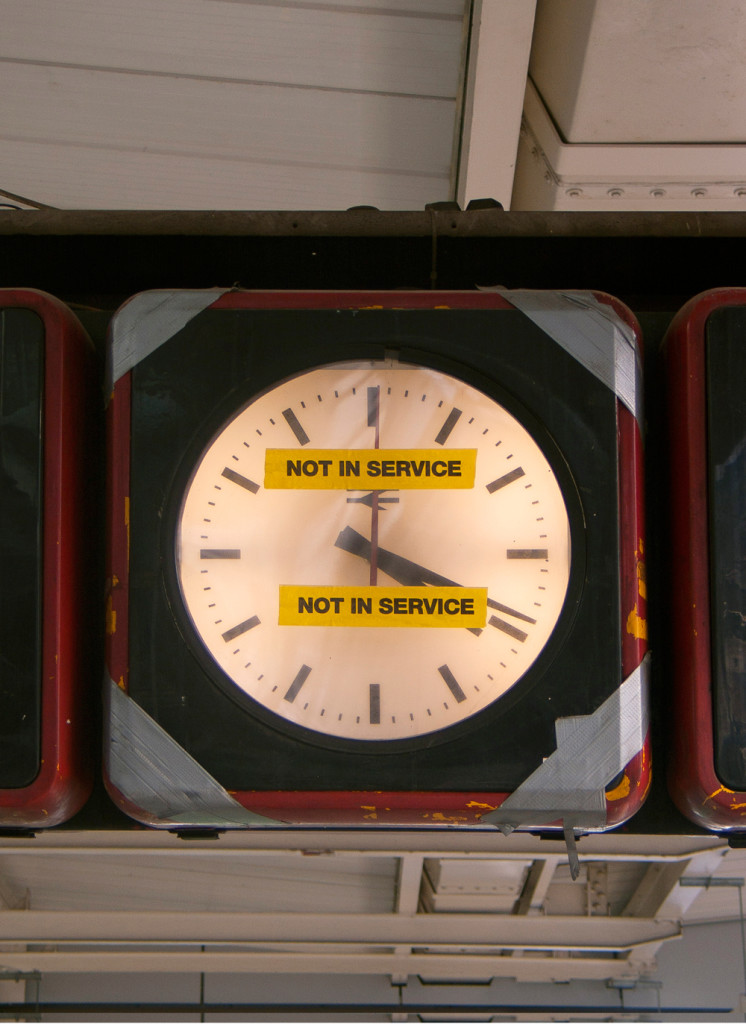 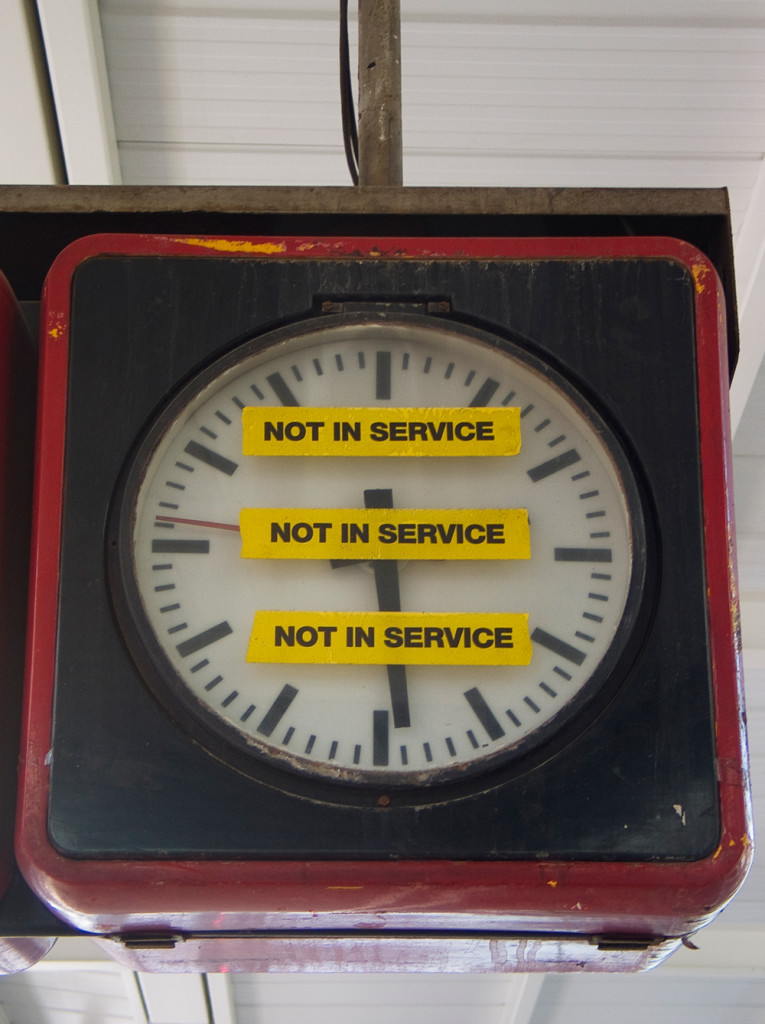 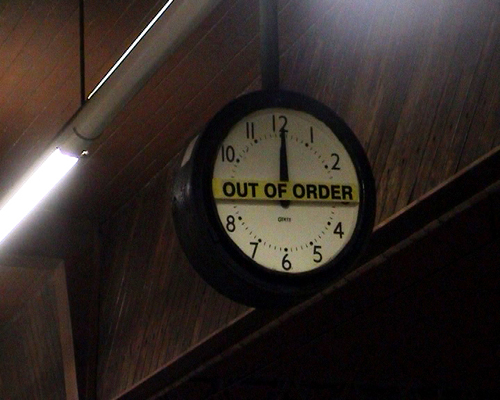 In performance I love the big clock of the now bent double, forced to a limit, cranked up or condensed to hell. I love the strange yet somehow necessary job we seem to have in rooms like these, of getting time itself to drip, pulse, echo, loop, freeze, shimmer, explode.

Or those times in performance where you think for a moment that time has stretched or slowed, or that time was somehow stopped or had been forgotten but that now, in this moment only, it has started again, remembered.

Text and the first image from my Peachy Coochy in London, a while back. The first clock from my journey Dusseldorf to London to perform, the others from various stations and elsewhere in the last ten years. Seems like I am collecting these.

You would love brussels central station at the moment, it’s in this long groaning overhaul which is becoming a comedy. I love spotting the frightening half-measures and in-betweens they construct to keep things tottering upright while they replace the wall/floor that was keeping it there before. It was always dismal down there but now it’s shattered too. The latest new addition is a bunch of brand new clocks hanging off wires cause the ceiling hasn’t been replaced yet (everything’s coming in in the wrong order). Like yours these are half under wraps, taped over. But meanwhile they’ve turned off the older clocks that are also still hanging, so you look down the platform and there’s about 6 clocks in view, some bandaged, others saying wildly different dead times. it’s a clock grave down there.

Meanwhile, in that other world, where time has not stopped, I thought these were pretty gripping.