I was black. I was a child star in a band with my brothers. We lived in America. My father beat me. I remember we had to practise dance routines. At first we played in clubs then we were on television. I did not have a normal childhood. People liked me. Later when I grew up I made some albums that people liked a lot, especially Thriller and another one, the name of which I have forgotten. I did a dance called moonwalking. My video for Thriller was a big thing on MTV – a television station that showed short films to go wtih pop music. I was a crossover act – I appealed to rock and dance music, I also bridged the racial divide. My favourite friends were a chimpanzee called Bubbles and an old actress called Elizabeth Taylor. I had a place to live called Neverland. I shared my bed with young boys. Sometimes I had legal disputes and negative publicity about that. I had a fun fair in the grounds of my house. I bought all the Beatles songs. I lost all my money. I had plastic surgery many times. I had a skin condition that takes away the pigment from black skin. People said I looked like a freak. I bought the bones of the Elephant Man. I was isolated from the world. I had three children and I tried to keep their faces hidden from the cameras. I died of some sort of heart attack because I was using too many drugs in crazy combinations.

Smell of Elzabeth Taylor. Feel of the palm of Bubbles. Tunnel of Love. Own face reflected in an Oscar? Sound of young boy recovered from cancer breathing in a bed next to me. Paparazzi flashes in front of my eyes. As a kid – sleeping on the couch in dressing room, couch covered in peacock feathers and dropped sequins. The sound of other humans screaming, heard from 30 feet below, passing thru concrete to the dressing room, or to the long concrete tunnel that leads up to the stadium stage. The texture of Zombie make up. Sunglasses. Looking at pictures of myself on TV from years ago and not knowing who that is, not able to get inside that person. Dance moves – I move only once and they all flow back through me.

My friend Ant Hampton sent the empty stage above.

Just came across this short video from Tehran yesterday, the text of which I’d read earlier. I think the video is quite something, for all sorts of reasons. Bitterly so I guess, after the accumulating horrors we saw and read about today.

1 of my friends says 'i wish i could wake up & c every thing has been a dream'/ thats also my wish, 2 go back to my old life #iranelection 4 minutes ago from Twitterfox

Posted by one of the Iranian protestors, preparing for the banned Sea of Green silent march today. And then in the next post:

we will try to keep this rally peaceful & silent as usual at every cost. cant give them excuse to use force. hope they wont #iranelection 1 minute ago from the web. 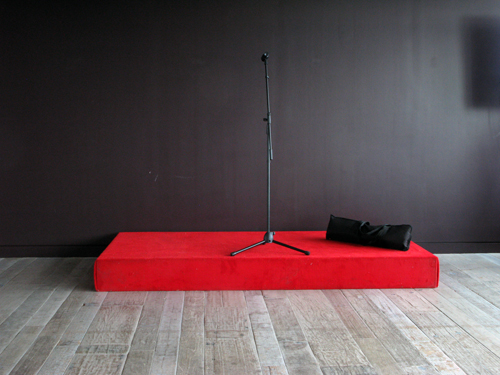 New image from the Empty Stages series that Hugo and I are working on.

# we passed thru shemiran, Pasdaran St is full of cars and people and security is tight – #Iranelection 12 minutes ago from web

# Everywhere the city is under pressure – cars tooting, people running motorbikes in large groups, fires and people chanting #Iranelection 16 minutes ago from web

# confirmed – homeowners in Rasht are giving refuge to people running from Baseej attacks. #Iranelection 31 minutes ago from web

# 3 of our group missing from afternoon – we have no news from them; #Iranelection 32 minutes ago from web

# were attacked in streets by mob on motorbikes with batons – firing guns into air – streetfires all over town – roads closed; #Iranelection 37 minutes ago from web

# we are online – new location – 3 phonelines – ; #Iranelection 39 minutes ago from web

I’d been pretty much immune to Twitter until the last couple of days when I started to follow events in Iran via the channel  #Iranelection – basically an aggregate of all tweets tagged #Iranelection. From there it’s easy to separate the very numerous re-tweets, long-distance comments and repetitions from the rather more on-the-ground and eyewitness information. The block of quote above is from one particular person. I think I lost most of this afternoon to following the story there, esp once the news of the killings at Azadi Square… following links  to youTube and Flickr, reading longer articles from newspapers (this piece by Robert Fisk in yesterday’s Independent) but always coming back to the urgent constant and real time stream of narrative fragments on Twitter. Too wrapped up in it to say anything really at this point but the feelings – of connection and impotence combined – are strong. 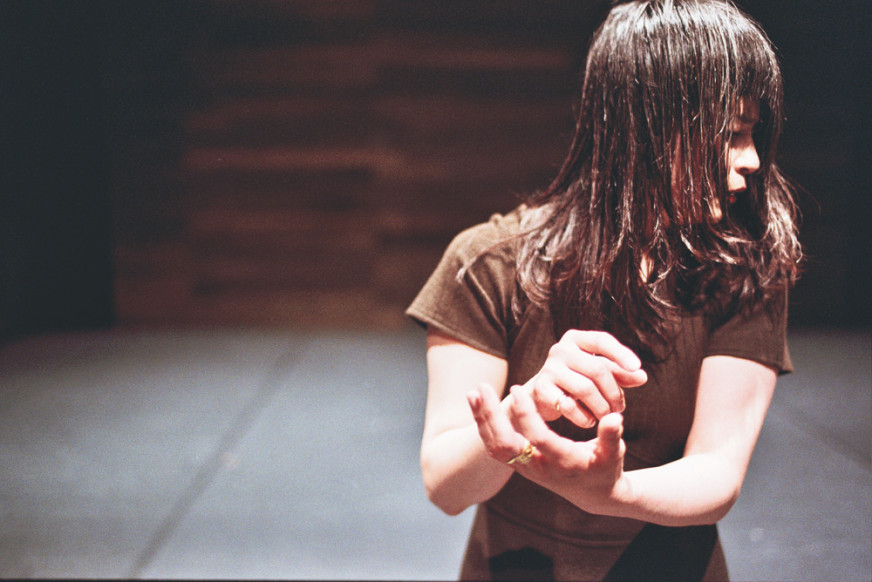 He could still remember the grim, ugly room, with the net curtains choking the daylight as it bled weakly through from outside, the repeat-patterned wallpaper repeating it's pattern in all directions, the dark furniture everywhere and the terrorvision in the corner – a strange device something like a games console but in which the avatars were isolated, somehow beyond interaction with the outside world, trapped in a set of events, and left talking to each other. Life on the terrorvision seemed to mainly consist of pursuits or explosions, or gun battles or weeping and talking, a lot of talking and some car chases for punctuation and it was hard to imagine really why people back then in the oldendays liked the terrorvision so much,how strange they must have been as people, sat in front of that thing just watching and watching and watching, their eyes getting bigger and bigger each day… sad, inert and watching.

Meanwhile, at the hotel stuffed full of the roadies, bands, groupies, stray fans and others from the nearby Metal Music Festival the over-hearable parts of the conversation are strictly exchanges of 100% cliche.

At the top of the stairs in the brightly lit foyer one younger and one older rocker (both in black jeans, long hair, tour-tshirts, tats, piercings) linger, stood still at  2am, the older guy shorter, looking into space as he talks, the other looking straight at him.

– I liked this album just like the rest – it's got good songs on it and you know,  I always liked your live shows. I saw a lot of bands from the 70's and a lot of them a boring. But you guys…

Two others slumped at a table, one says to the other:

Best of all in the bar, two blokes sat at the bar itself, your sight of them eclipsed by the pillar.

– Beethoven. You could say that he was the first Heavy Metal really.